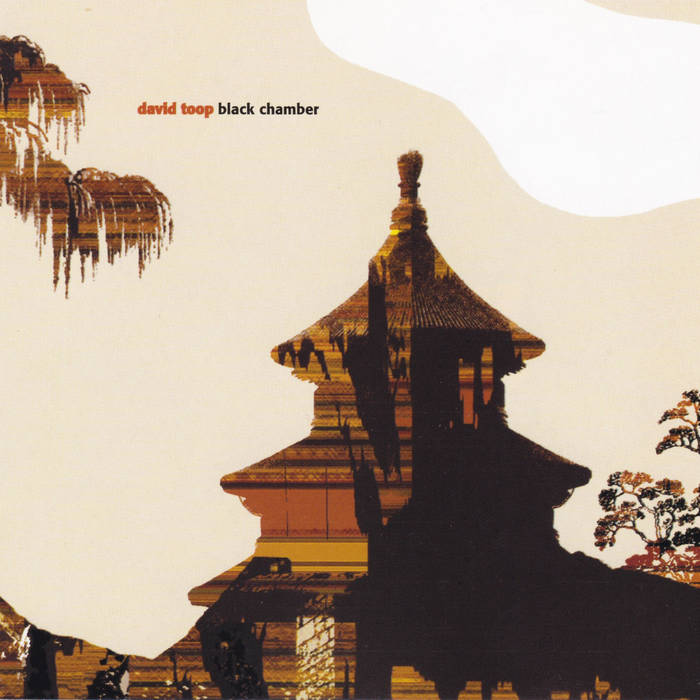 This is the second monography by David Toop for Sub Rosa, published in 2003.

"The Black Chamber (kurodo) is a room where the emperor from Komatsu after his accession to the throne always cooked for himself, still remembering how in the past, when he was a private person, he had dabbled in cookery. They say it is called the Black Chamber because it has become sooty from kindling smoke." Essays In Idleness: The Tsurezuregusa of Kenko (c. 1330-1332)

The tonality, the general key, is very diverse with something Japanese in the air, an important part of 'real instruments' in a complex electronic organization. Soft Cavities, Raw Mouth Shape, The Slapping Gun and Plume (inspired by the Belgian poet Henri Michaux) are successful mix- ups of electronic devices and Coxhill's sax improvistions. Waxed Skin and Poison Incense are very delicate micro-sound exercises (including acoustic instruments from time to time). Apartment Thunder and Ill-Faced Doll are a short erotic Japanese movies. Silver Birds and Life In the Folds are field recordings made in China and, to tell the truth, it's hard to admit that Gored Fig Sacs was recorded in his own garden ! (But it was...). The very soft Blind Eel Priestess involves electronics and beautiful electric guitars. At last, Black Chamber is an amazing Lynchian piece with a compelling part of guitar arpeggios. Splendid.

AS WRITER
David Toop is a musician, composer, writer, musicologist and sound curator. He has published three books: Rap Attack (now in its third edition), Ocean of Sound, and Exotica (selected as a winner of the 21st annual American Books Awards for 2000) ". . in my opinion it's the best music-related book of the 90s." (Chicago Reader) "Ocean of Sound is as alien as the 20th century, as utterly Now as the 21st. An essential mix." (The Wire)

AS MUSICIAN
His first album, New and Rediscovered Musical Instruments, was released on Brian Eno's Obscure label in 1975; since 1995 he has released six solo albums - Screen Ceremonies, Pink Noir, Spirit World, Museum of Fruit, Hot Pants Idol and 37th Floor At Sunset: Music For Mondophrenetic - the last on Sub Rosa. "This is sound that only reveals its true power, its ability to unease listeners, in still, silent darkness when you pick up on every single twitch as if it were some sort of threat." (Grooves)

AS CURATOR
He has curated Sonic Boom, the UK's largest ever exhibition of sound art, displayed at the Hayward Gallery, London, from April to June, 2000. Other recent projects include the composition of a soundtrack for Mondophrenetic (CD released by Sub Rosa), a CD-ROM installation created in Belgium and exhibited in Brussels and Santiago de Compostela, and 'Needle In the Groove', a collaborative album with novelist Jeff Noon

David Toop is a composer/musician, author and curator based in London. Since 1970 he has worked in many fields of sound art, listening practice and music, including improvisation, sound installations and video works, field recordings, pop music production, music for television, theatre and dance. ... more

Bandcamp Daily  your guide to the world of Bandcamp